Surviving and Thriving Through Nearly 40 Years In The Industry, The Native Texan’s Cravey Real Estate Services Is The Largest Full-Service Firm South of San Antonio 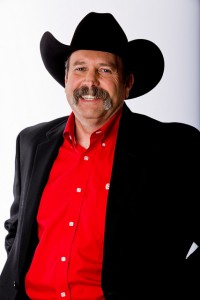 Looking back over his extraordinary nearly four decade career as a maverick force in various aspects of real estate in the region of South Texas, Matthew Cravey – Owner and President of Corpus Christi based Cravey Real Estate Services, the largest commercial and industrial based real estate firm south of San Antonio – cites three key moments that have helped define his path as a survivor and innovator, driven to succeed no matter the odds in his chosen industry.

Raised in a small town in the hill country, north of San Antonio, he was exposed to two different types of folks because of his parents’ diverse backgrounds. Via his father’s farm and ranching family, he knew hardworking people who made their living with their hands, and via his mother, whose father was a petroleum engineer and colonel in the army, he knew others who had the “nicer things in life.” It seemed that the father of every girl he dated was a very successful real estate Broker, and for a teenager who was mostly bored in school, this seemed like a powerful path to take.

One day, he was visiting a friend and engaging in his innate talent for “spinning yarns” when the friend’s mother started laughing and said, “With that line of bull, you would be great in sales.”
That simple statement of his friend’s mother proved prophetic. Cravey’s innate sales skills, charisma and powerful yet humble personality, and dogged determination made him not only “great in sales,” but a true entrepreneurial visionary whose personal success making millions from selling and investing and running his firm has benefited thousands of clients throughout the region for years.

A natural evolution of Cravey Realty, which he formed in 1975 with a partner from the oil business, Cravey Real Estate Services has, over the past 39 years, specialized in commercial, industrial, warehouse, office, retail, shopping centers, land and investment properties in Texas.
In an area where manufacturing and petroleum services are on the rise and exciting real estate opportunities abound, he and his dedicated team are experts in providing innovative and cost effective real estate solutions for clients on local, regional, national and international assignments. As they put it, “without knowing the players, it’s easy to miss an opportunity,” so working with trustworthy people on the inside is the key to doing things right. Cravey’s brokers have a reputation for reliability and prudence, providing clients with real estate leasing and sales, investment counseling and property management and real estate marketing services.

Basing his claim on thousands of successful transactions and satisfied clients, Cravey has long believed that a single relationship with Cravey Real Estate Services can provide each new client a world of commercial real estate resources in Corpus Christi and South Texas. He holds two of the highest designations in the commercial real estate industry: Society of Industrial Office Realtors (SIOR) and Certified Commercial Investment Member (CCIM). He has been featured on local TV and radio shows, and quoted for over 25 years in the Corpus Christi Caller Times in reference to many diverse issues.

Though in recent years Cravey has focused his business in his home region, his expertise has at times extended to out of state clients to markets everywhere from New York, Atlanta, Memphis, Santa Fe, Oklahoma City, Tampa, Jacksonville and cities in Oregon. Internationally, his experience with large complex properties has allowed him to build a network of investors, owners and brokers in Mexico, Germany, Japan, Korea, Canada, the UK, Netherlands, Belgium and Switzerland.
Cravey has also served as a regular panelist of the Corpus Christi Chapter of the Rotary Club, contributing his insights into the state of the economy as it pertains to Commercial and Industrial real estate. His ability to weather challenging economic times and find ways to rebound is nothing short of remarkable – and inspiring to clients who know that they’re dealing not only with someone who is extremely knowledgeable but is there helping them because, by the sheer force of his personality and determination, forged ahead when things looked their bleakest.

Which brings us to the second key defining moment in Cravey’s life and career. His original firm Cravey Realty was in full swing, and he had also found success in a corollary business, Cravey Securities, which he set up to  look for investment partners to invest in properties they syndicated. Then, under the weight of the savings and loan crisis (S&L crisis) of the 1980s and 1990s, in which almost a third of the savings and loan associations failed, the economy in Texas and the U.S. was left in dire straits.

“They changed the tax laws, and disallowed the tax advantages of investing in real estate, oil and gas, he says. “These changes were also retroactive back a year or two, and so all of these investors I was working with suddenly lost these advantages and had to come up with money to pay the IRS. People started fleeing from oil and gas and real estate investments, so we no longer had investors to help carry properties. And at the same time, there was a recession, so big companies that were tenants in our properties started going out of business. Suddenly all of the wisdom people thought I had, I didn’t seem so smart.”

In one fell swoop, Cravey went from having a staff of 40 people to just him and a bookkeeper. He was hurt, angry and down on himself – and then he found his fire again while sitting in the office of a skeptical banker one day. He recalls, “He looked at me and asked, in a sarcastic tone, ‘Are these ALL of your assets?’ He was screaming at me that I have to list everything. He popped off about something and I got furious at him and snapped back, ‘No these aren’t all of my assets. I have two assets you will never get. I have my ability and knowledge and you will never get those. I’ll be back!”
“Well,” Cravey says, “I wasn’t surprised to learn that all of those guys at that loan office lost their jobs as their banks went under. And when I blurted that out, I realized I have to get off my butt. I started looking around for other opportunities.”

Cravey began his comeback working with the Resolution Trust Corporation (RTC), a U.S. government owned asset management company run by Lewis William Seidman and charged with liquidating assets, primarily real estate related assets like mortgage loans, that had been assets of the S&Ls and declared insolvent by the crisis. At first, one of the agents at the Savannah, GA office of the RTC turned Cravey down, telling him they had already chosen a company to help them list and sell apartment complexes in Corpus Christi, Tx..

Cravey shot back, “Can you sleep tonight knowing you didn’t give me, the best in the business, the chance to make a proposal?” The agent relented and told him to send a proposal – and Cravey got the job, ultimately listing more apartments than anyone else in the area. Expanding his reach back to South Texas gave him the chance he needed to get back on his feet. His entrepreneurial spirit as strong as ever, he also launched a side business back in his home area of the hill country, turning a warehouse that was used for  a fabrication plant into a thriving recycling center business dealing with brass, copper, aluminum and paper and glass. He loves revealing the acronym behind its name, TYMAR Recycling—“Take  Your Money and Run.”

Up and running financially again, he began to work with bankers and investors again and managing properties with an eye towards rebuilding his company. “Having been burned so badly, I was hesitant for a while, but as things kept evolving and I met more people who I wanted to work with, my confidence slowly came back and I used the knowledge I had gained from my mistakes and kept growing from there. I have never quit working on myself, whether it meant listening to self-help courses and tapes or just using my knowledge to help people know what they’re going to get when they work with me. My customers know that I’ll always have their back. That’s ingrained in my personality.”

Which leads to the third key defining moment for Cravey, the time he was telling someone about the motivating “gift of gab” comment and that person gave him the perfect corollary to it: “Do you want to know the secret of being successful in Real Estate? Shut up!”

Cravey adds: “The idea is to ask just enough questions to get someone talking and then to shut up and listen, so you can address their needs and concerns.”

Expounding upon this simple philosophy by sharing a mindset that has helped ground him as Cravey Real Estate Services has grown in recent years, he says, “I had a hard time with so many people, including investors, giving up on me, and that shook my confidence. But as I got mad and vowed to do something about it, I realized that the greatest asset was me. In light of those experiences, I stopped looking at people through their wallet and stopped trying to sell things to them but to honestly help them. It was always something I was good at. What I love about my business as it is today is that unlike in the beginning, money is not my whole goal – it’s helping people, using my passion and skills for problem solving, and knowing that if I do a great job for them, the money will follow. It’s just a joy to work with so many interesting people and clients. I tell the agents who work with me, don’t overextend yourself financially, don’t force issues or sales, just do your best, relax and enjoy the ride.”

Get a sample chapter of Get In The Game by joining Matt's list.